I always enjoy coming back on old designs and hulls that I have already built in the past.

Actually, I like to implement new ideas in old boats and approach a totally different build method.

I found some info about the original design from my friend in FB.

Paul designed this boat for the European championship in Berlin so its name: “Berlin Go” ==> Berlingo, It was the first French M with a Swing Rig and he won !

Paul LUCAS was a naval architect. His last M: the Margo and his last boat: “Nij Atao”, a waterBike with Brest University.

You may find a nice photo of the WaterBike below: 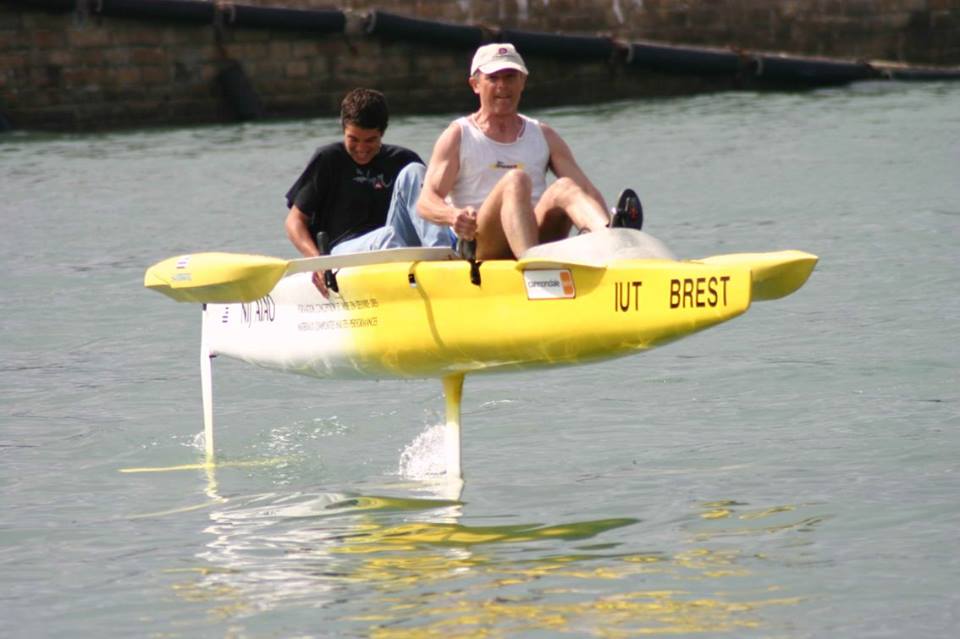 I started with a bare carbon hull which was forgotten in a modeler’s private storage for some years.

This hull was also made by Mr. Christos Lardis, and is made from carbon fiber and epoxy resin.

The hull was completely open and without deck.

The first element I had to decide was the design and layout of the deck.

This time I wanted a new and improved deck design, considering my first berlingo build the “Ziggy Stardust”.

As I wanted the boat to be able to carry both swing and conventional rigs, I had to think how I will implement this function in a  simple and functional layout.

The solution came from my IOM projects. As I already had a center deck mold in my hands from my “Filya” project, I thought that it would be convenient to use this part for my new project.

To sum up a little bit and explain my basic ideas and parts I choose for this project, I quote the following list for reading and understanding convenience: 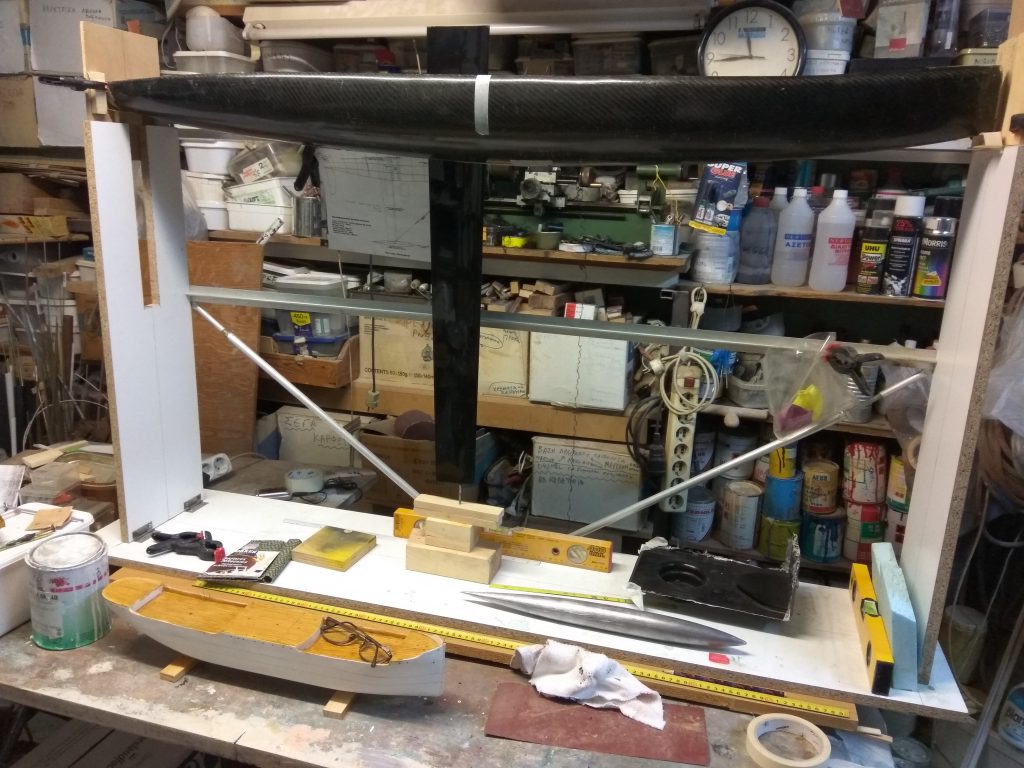 I started the building with keel fin and center deck fitting… 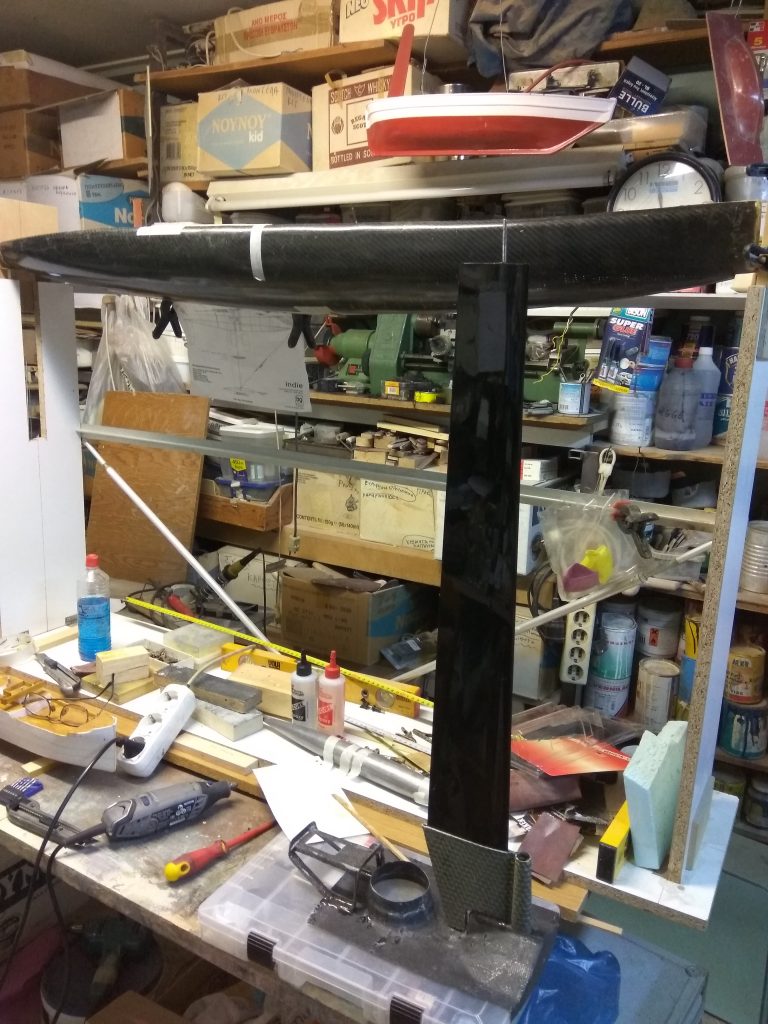 In the pitures below you can see the final alignment and placement of the keel fin and ballast. 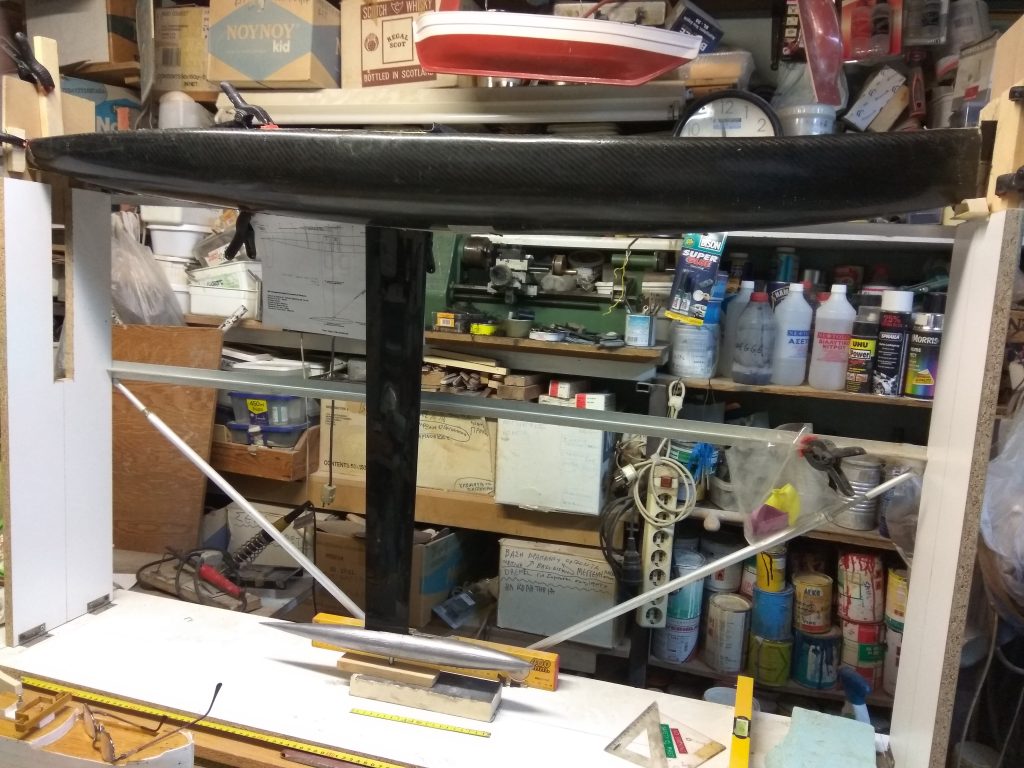 Latest update of the build…

The hull construction is almost finished and I continued with the colouring works.  Two part epoxy colour was used in 4 fine soft layers. The overall finish was more than acceptable  and I decided to wet sand the surface later on with extra fine sand papers until 2000 grid. I attach some photos of the coloured hull and stay tuned for the final assembly and tests… 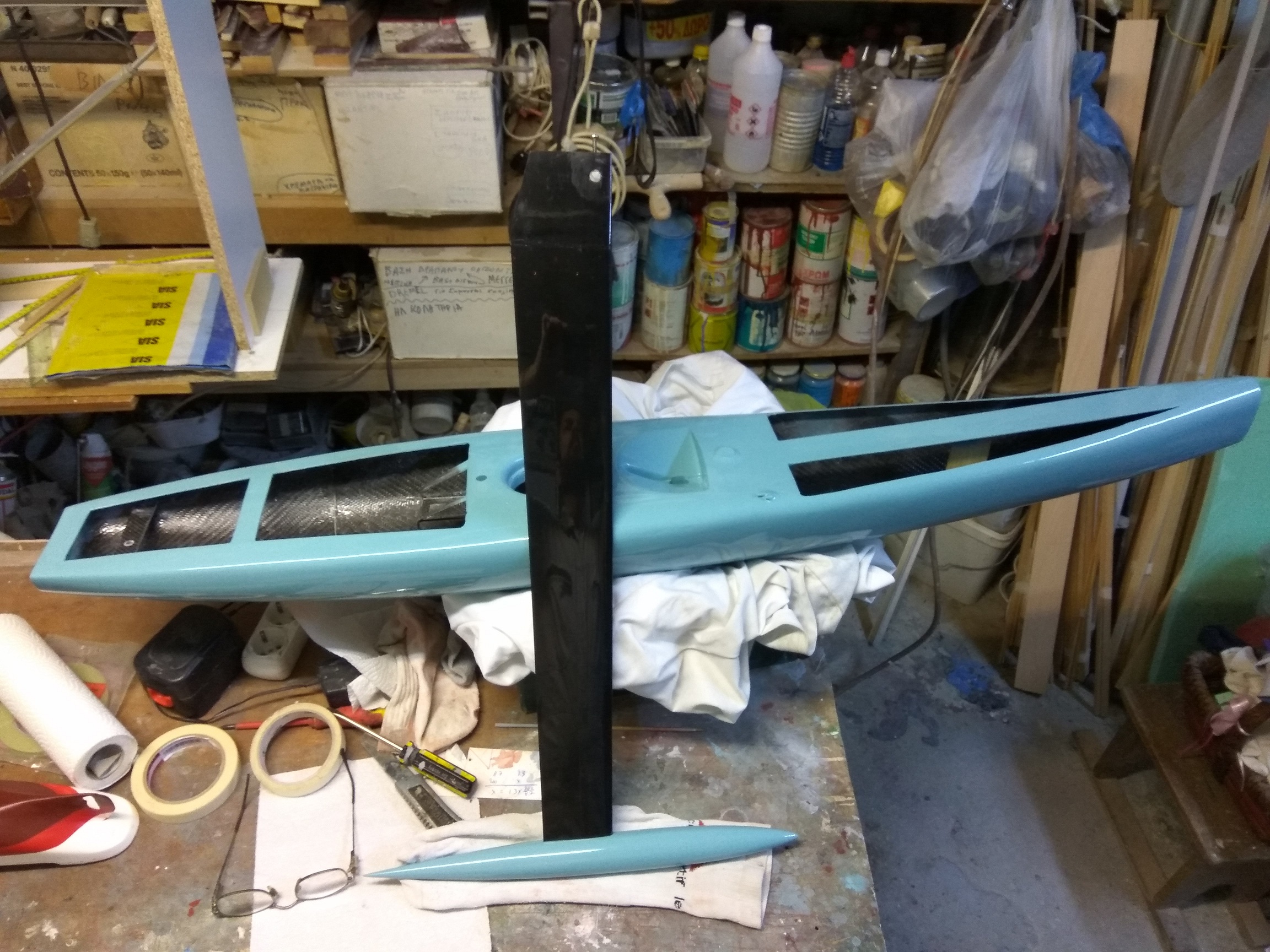 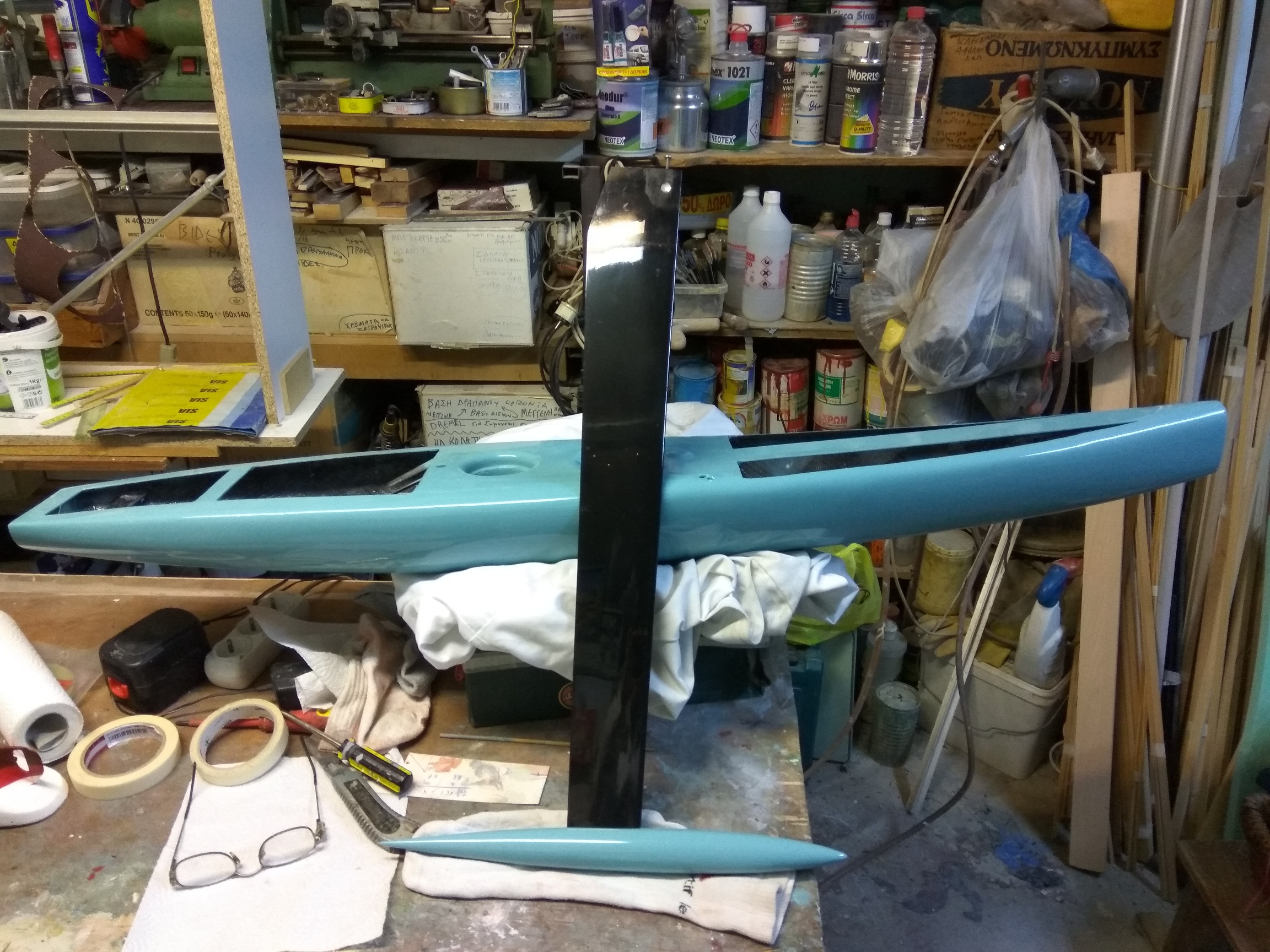 2 thoughts on ““Renaissance” – A Modern Berlingo”