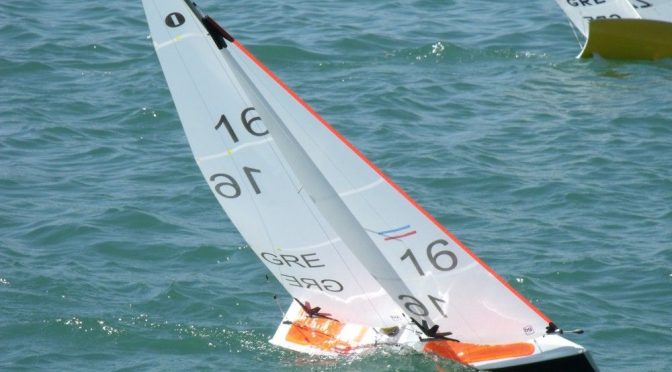 My first IOM was an old, but very completive comparing the Greek fleet, “Image” designed by Graham Bantock. It was built under license by a Greek modeler back in 1999 and participated in a small fleet that era. After that,  it was stored until 2011 when it was basically restored to sail again by Kostas Koroniotakis. It passed on my hands in January 2012 and participated in the half of the local championship. 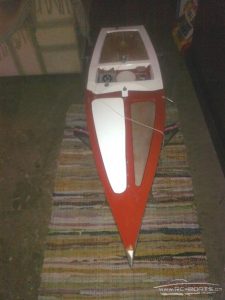 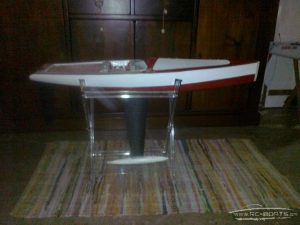 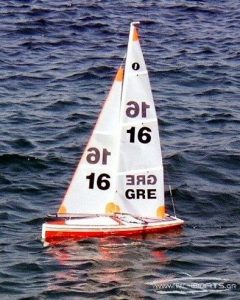 After that, I decided to totally rebuild the boat because according to my opinion the boat had a great potential for the Greek fleet.

The works started by stripping up all the parts and components in order to have a bare hull ready for restoration. 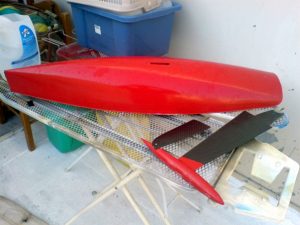 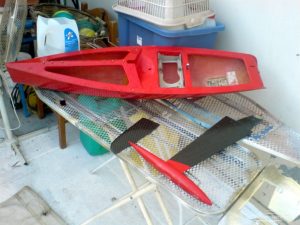 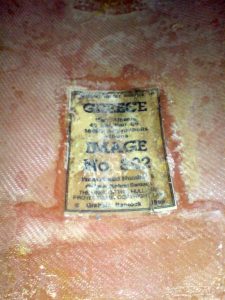 After a lot of sanding and cleaning the boat traveled to local airbrush studio owned and operated by a close friend. I had in my mind a two color scheme with a big logo on both sides of the hull. I decide to name the boat “Deus eX Machina” which in Ancient Latin means “God from the Machine” . https://en.wikipedia.org/wiki/Deus_ex_machina 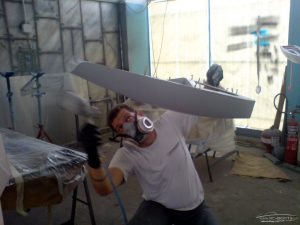 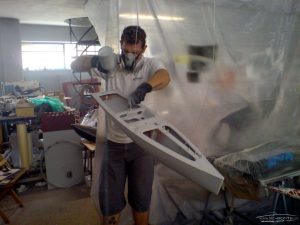 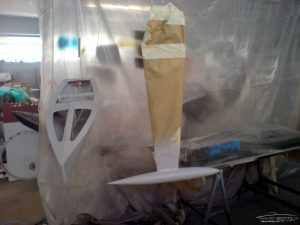 The hull painted metallic black and the deck pearl white. A nice logo with a big gear on the background was airbrush on the hull and everything sealed with two nice coats of clear varnish. The boat was totally transformed into a masterpiece which I really loved it. Nevertheless, all of those paint works gave me an overweight fully rigged boat of total 4160gr!!! 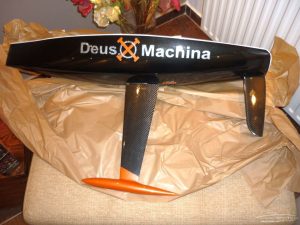 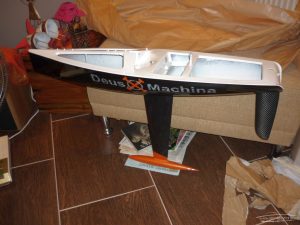 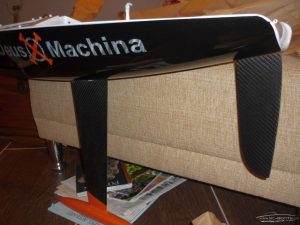 To tell you the truth this fact worried too much and I couldn’t wait the time to hit the water and race against other boats.

A Rig from BG sails 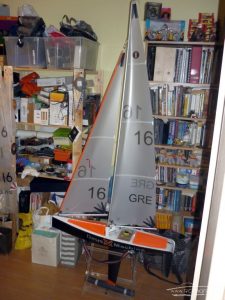 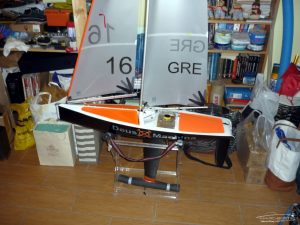 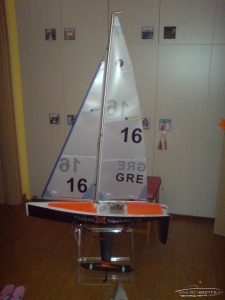 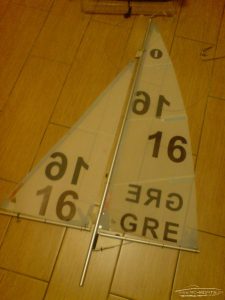 The boat came out really nice and I managed to participate in the Greek IOM annual championship of 2012 – 2013 finishing  2nd.

After that I continued to the next season of 2013-2014, with a better experience and a great focus and I have finally won the first place overall…!!!

The boat gave me great pleasure by racing it but I decided to move on a new modern design which I will write about it in a different article.  Deus Ex Machina finally sold to an Australian sailor and traveled to a new home in the summer of 2013.

Below you can see a very nice video about the story of the boat,  made from a very good friend of mine Kosmas of Cataman video productions.

Nowadays sometimes I think about Deus Ex Machina and the great feelings it gave me by racing and winning local regattas. 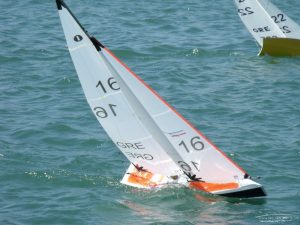 2 thoughts on ““IMAGE” … an old design by Graham Bantock”