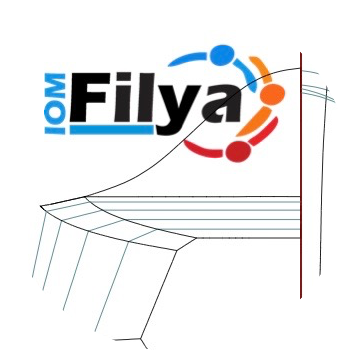 Scale modelling and Sailing was always my passion. When these two elements meet each other the mix gives me the spark for a new project.
The idea of a new IOM design was rounding my mind especially when my IOM “Triton” project was ceased. This time I thought that it would be a great idea to discuss my ideas with a very good friend of mine Mr. Andreas Hoffmann.

Andreas maintains a wonderful RC-Sailing blog (http://rg-andy.blogspot.de/) and he is a keen designer and builder as well.

Andreas has already designed and built an IOM design named “Mamba” and we decided to use it as a base for the new design. We kept the main volumes and base-lines the same but Andreas added a hard chine across the side of the hull and designed a very beautiful deck layout. The hull came out very nice with a unique character that liked me very much. 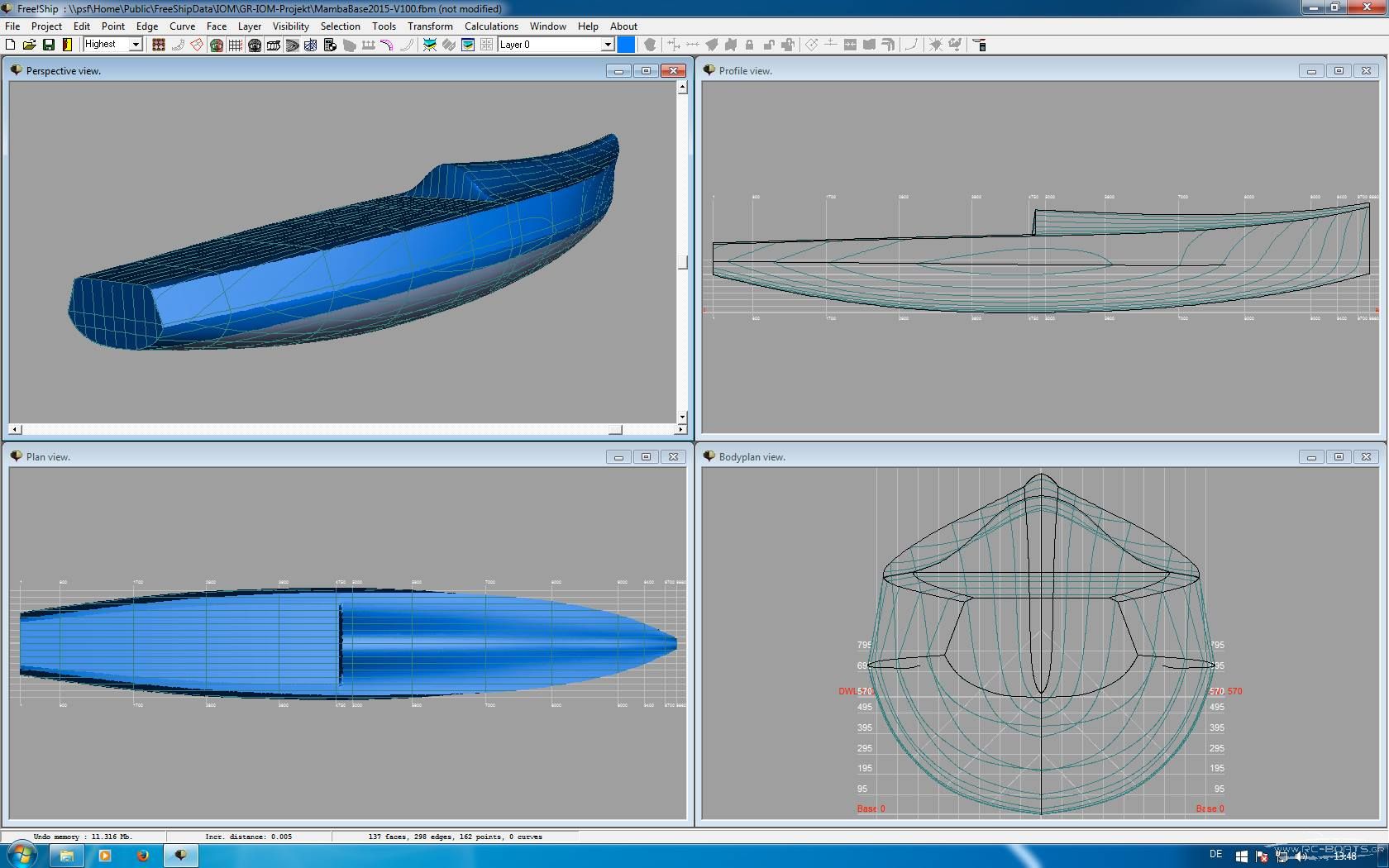 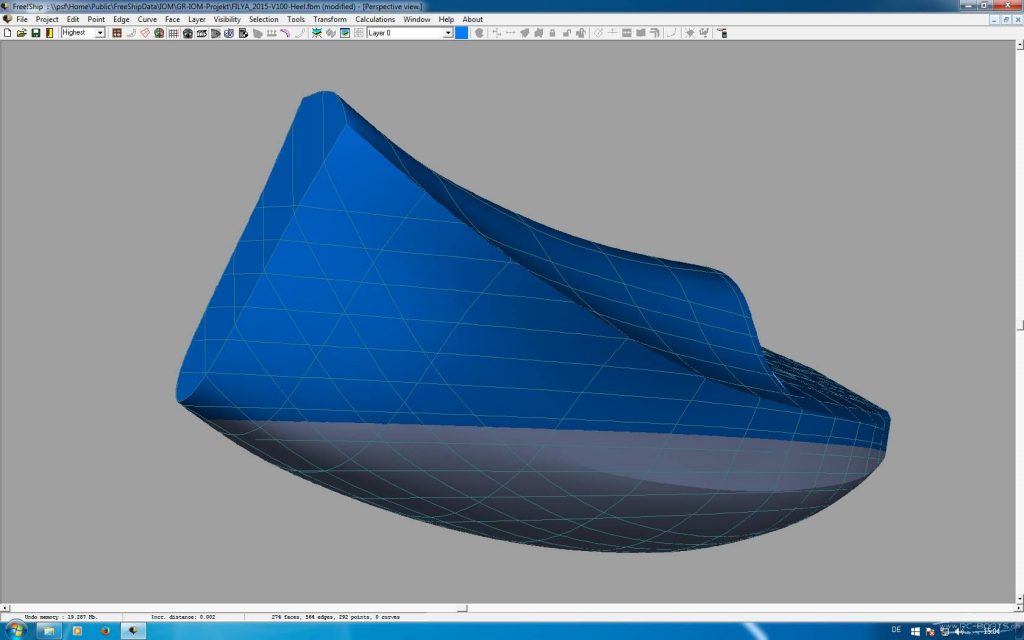 The name of the design was still missing and we were discussing how to continue with the building.  Andreas had a very good idea and introduced me to Dirk Hiller who has in his workshop some very nice equipment.  Dirk also enjoys RC-Sailing and he is a 3D designer and CNC/3D printing enthusiast.

So our team grew up and now consisted by three persons.

Andreas Hoffmann is the designer, Dirk Hiller is responsible for the plugs and I will build the moulds and boats. 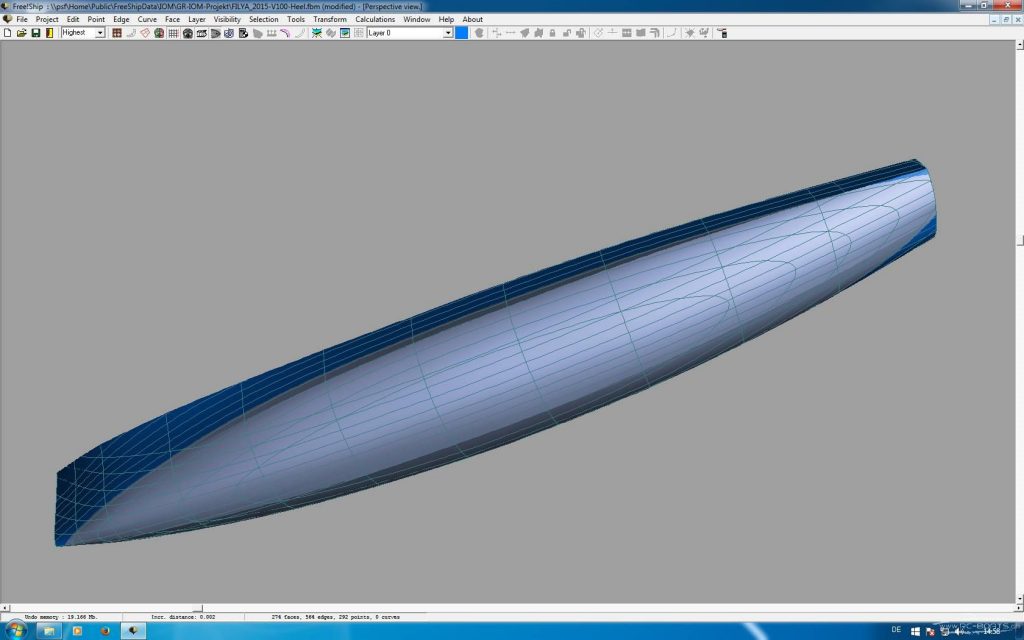 By the time we became three the name of the design came clearly in my head. We would name the boat “Filya” which in Greek language means Friendship.

I made the logo of the design with the friendship idea in my mind so the three different coloured figures represent each one of us.

The whole idea of the project started on October 2015 with the first discussion with Andreas. The plugs were built by Dirk on December same year and came in my hands on early January 2016. 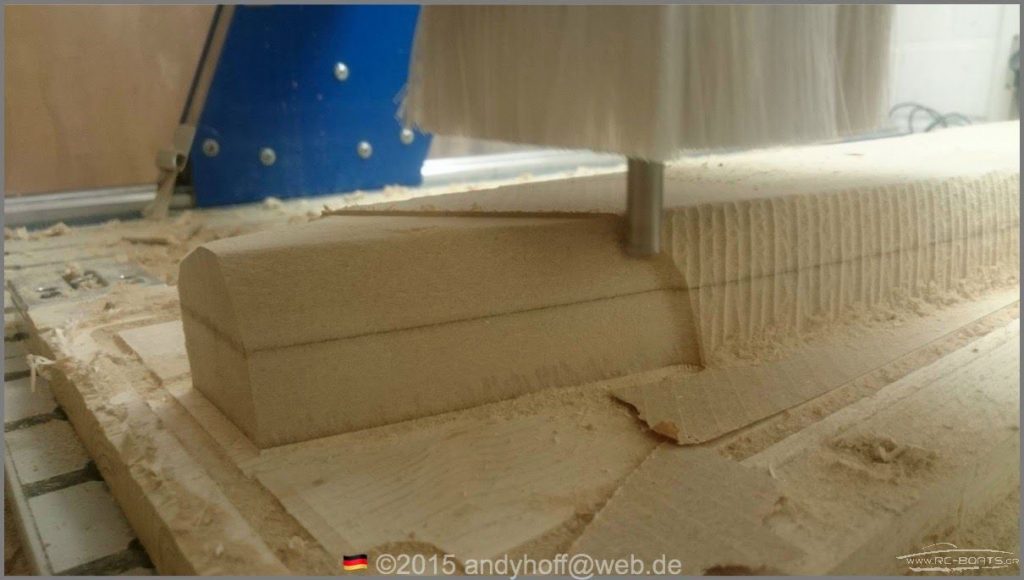 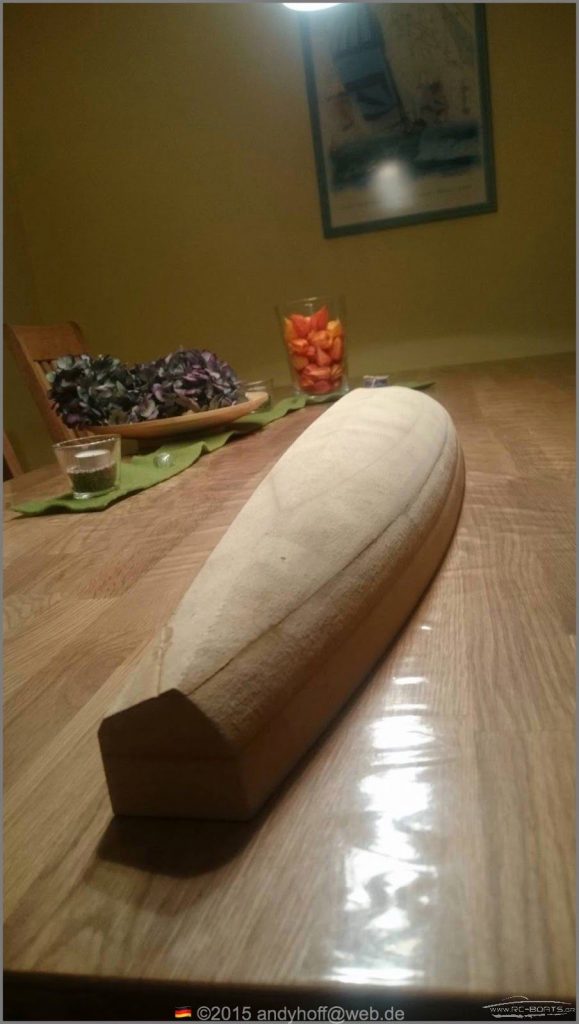 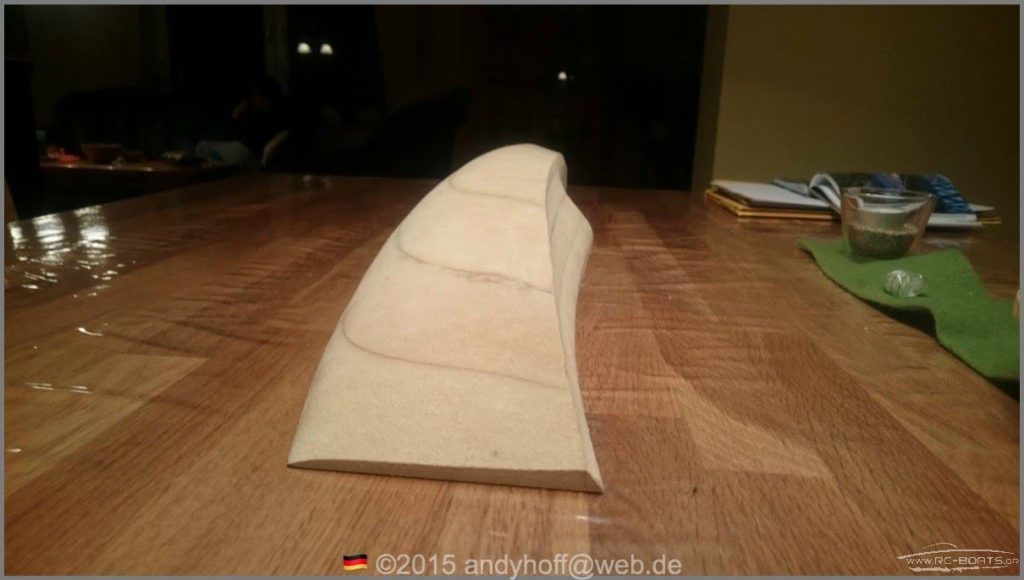 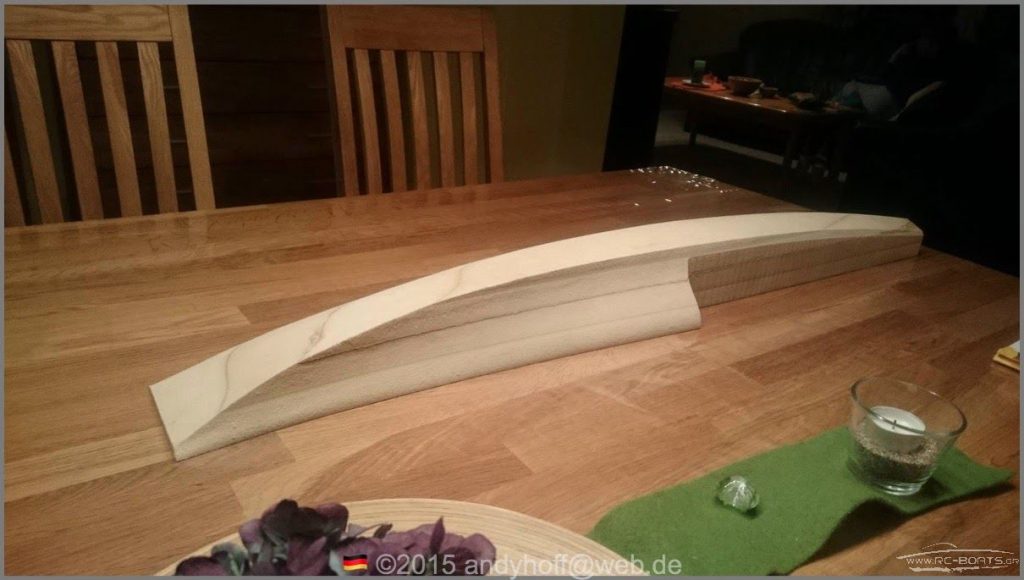 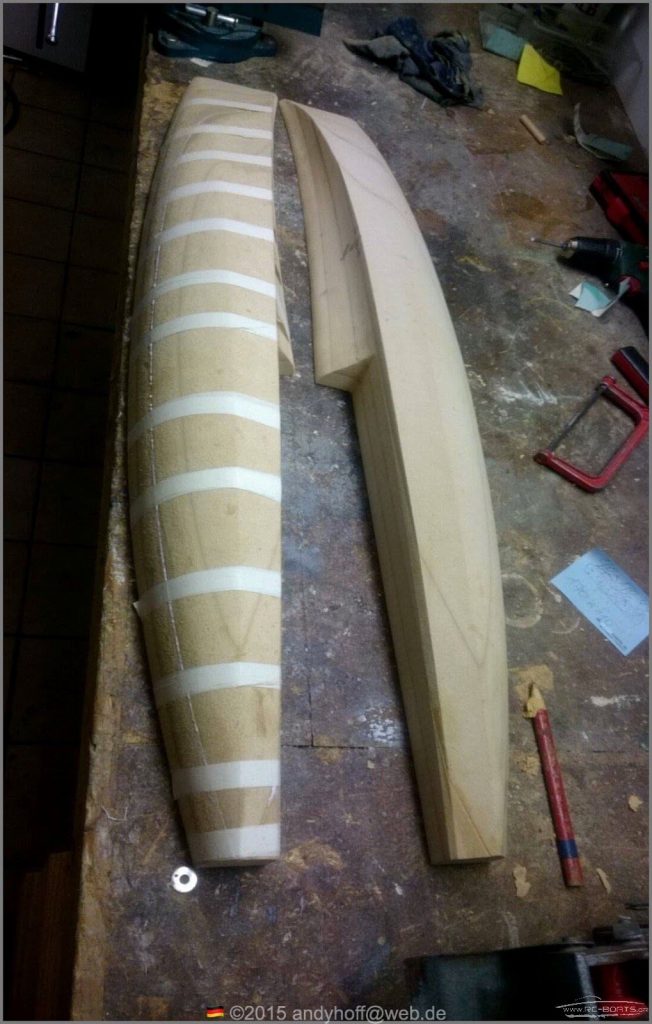 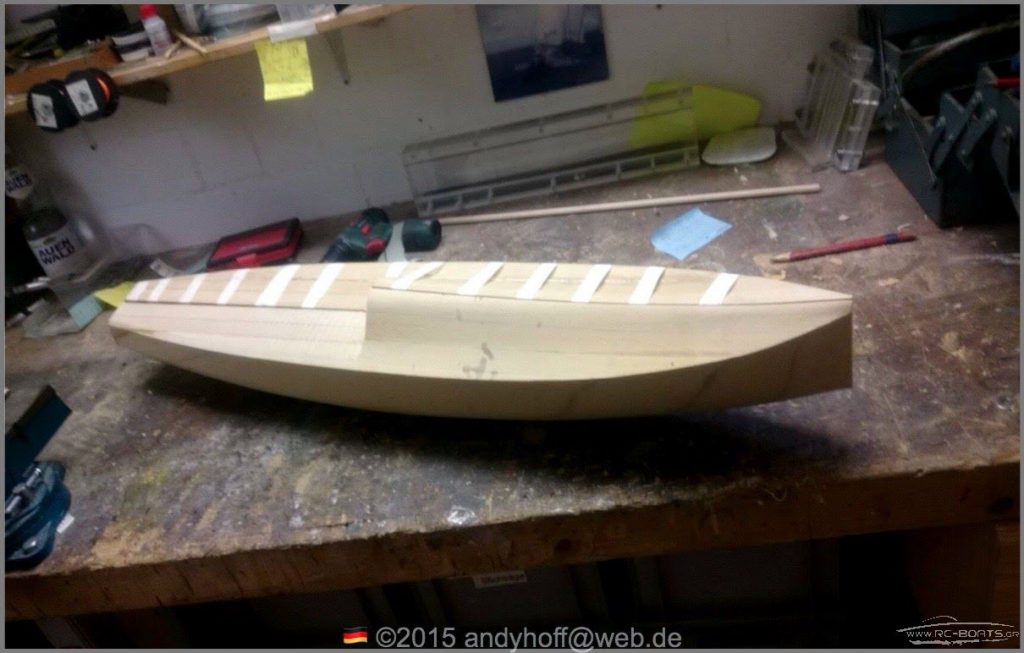 My work started with priming the plugs by using two parts automotive primer sprayed and sanded on different repeated layers. Next step was to wax the plugs and construct the polyester moulds. 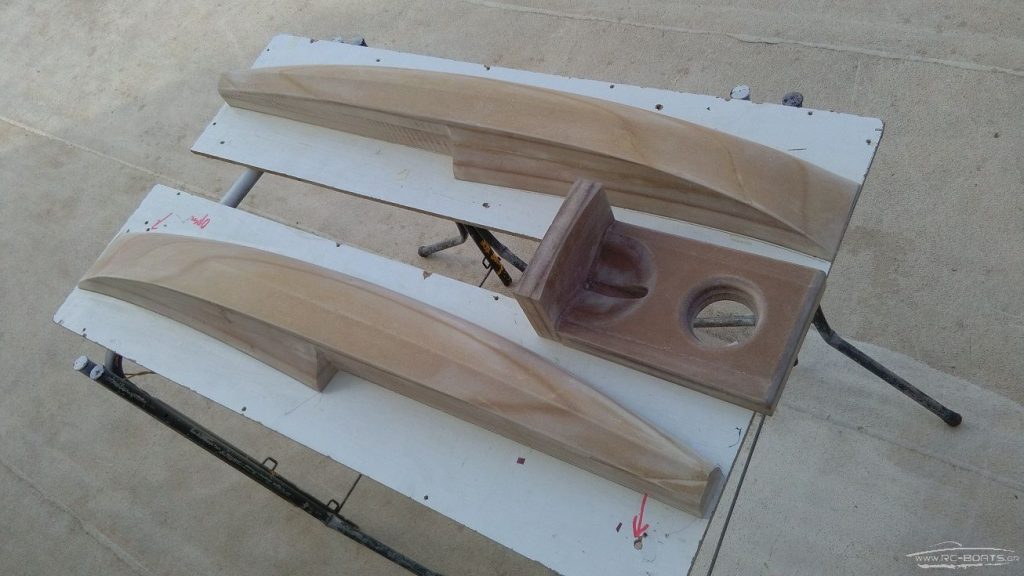 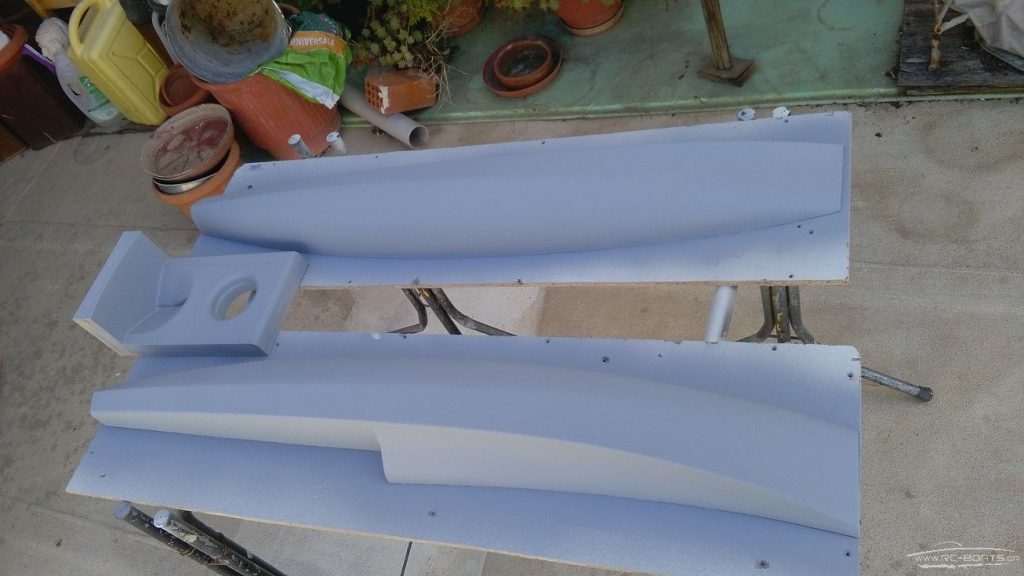 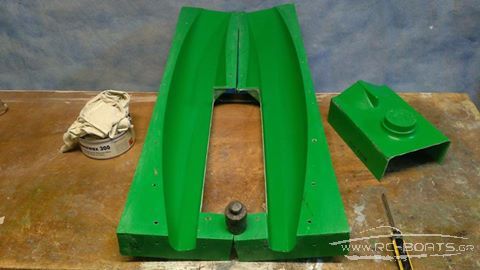 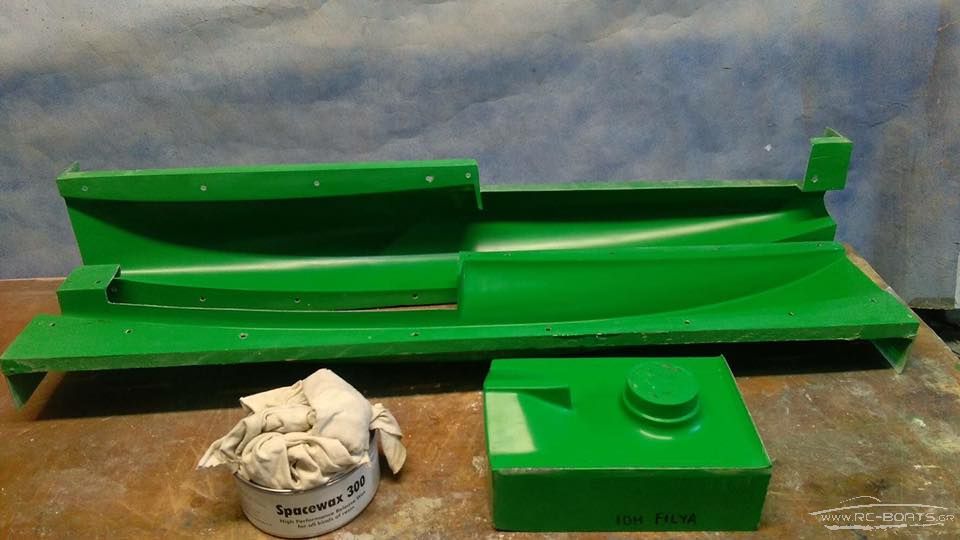 The first hull came out on July 2016 and of course was sent to the designer with honours. 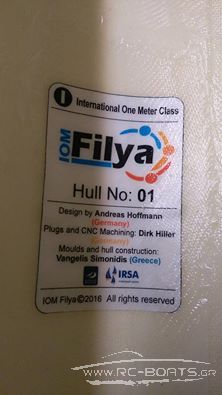 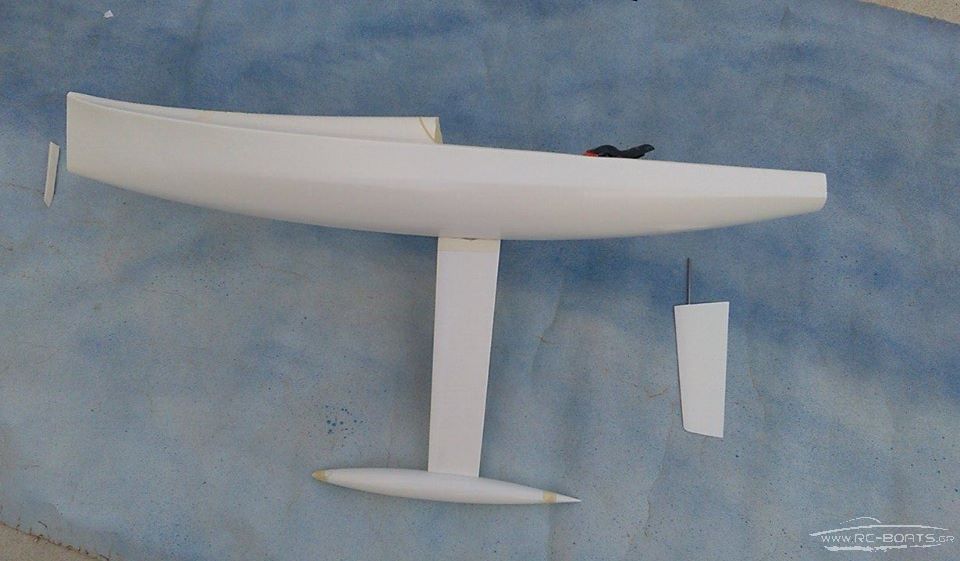 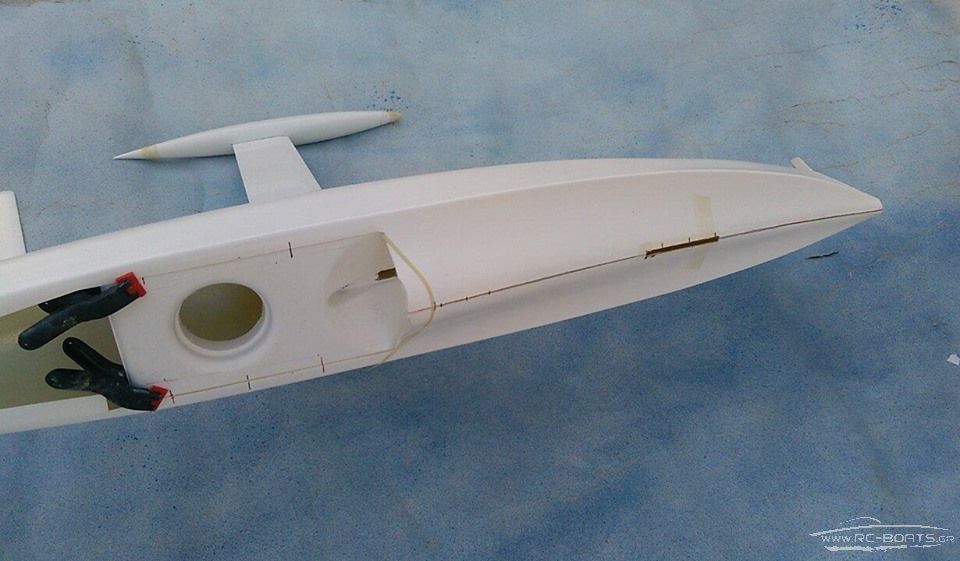 Below Andreas hull #1 sailing in Germany… 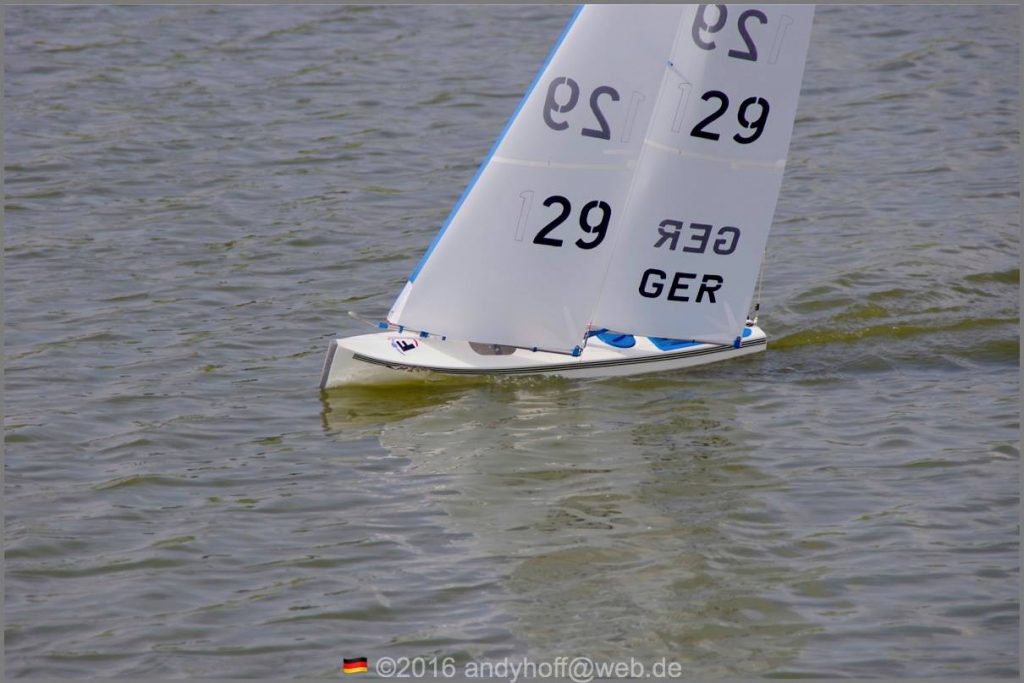 The second hull was built up to deck level ready for electronics and sent to Dirk Hiller for sail testing and eventually racing. 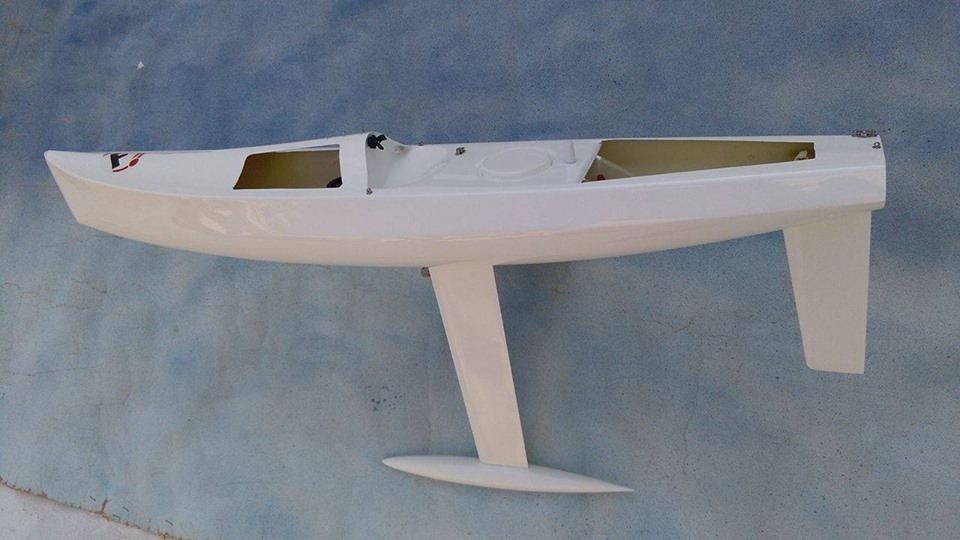 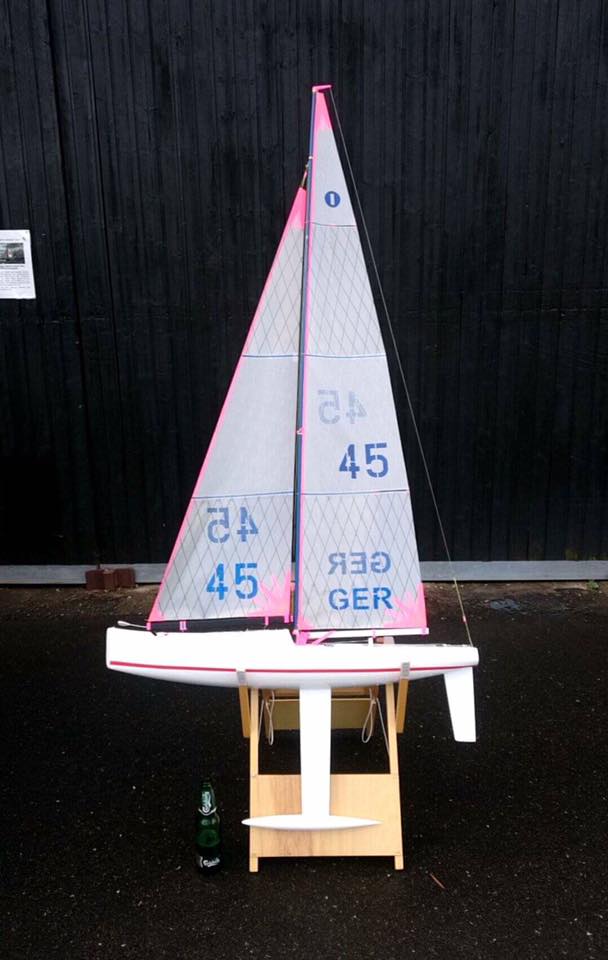 The third hull was supposed to be built for myself but when I finished it a high interest came from a Brazilian skipper and was sent to him.

Hull #4 followed up and was finished ready to sail. 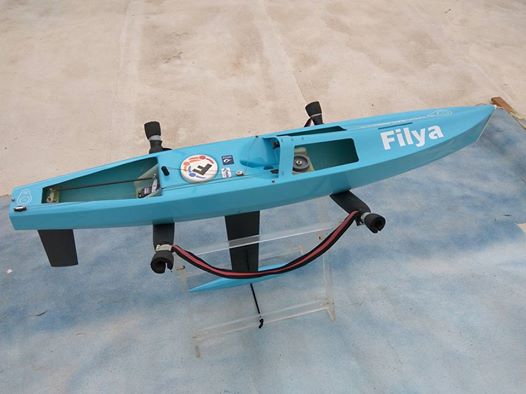 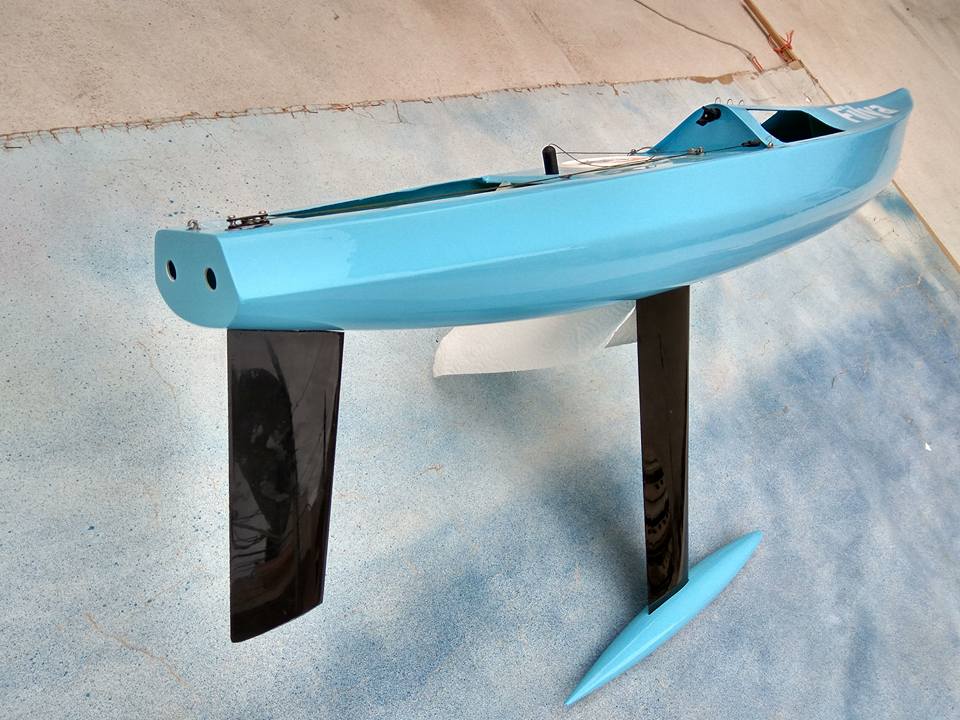 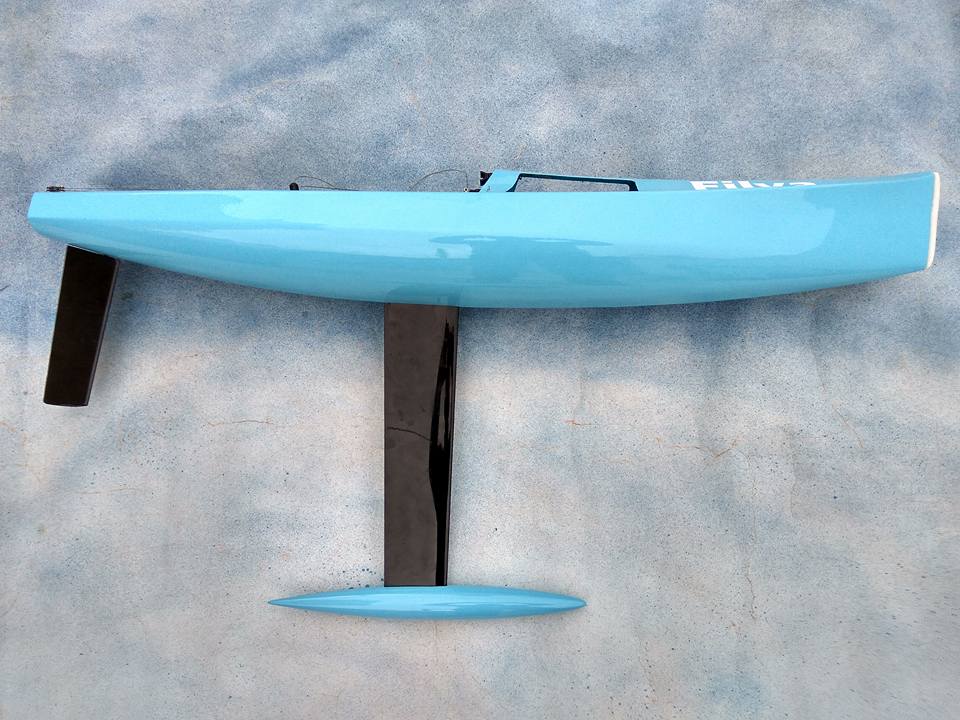 Now I have to find some spare time for sail tests.